This is a beautiful and stylish show. The client wanted to reflect this in the video. Although a family show, there is plenty of darkness to the story so the trailer needed to have a balance of humour, magic and portentousness.

The client wanted to create a dreamlike feel to the video. So we suggested that much of the stylising should be created in post-production. This would help save time during the shoot and also allow for a greater range of flexibility when creating the final look for the video.

Including text quotes was an important requirement from the client. These quotes need to blend in naturally with the rest of the video and not interfere with the pace of the trailer.

During filming we used a camera jib to give smooth, gliding shots. Some extreme close-ups also provided us with some extremely evocative and powerful images. There is live music in the show, so this was an important element include in the video. The musicians were digitally recorded during filming and the soundtrack was then mixed with a separate recording of the singer performing.

A lot of work was done during editing to create the final stylised look. Aside from the snow effect, colours were saturated, blacks were darkened and a variety of blur effects were used to isolate parts of the image. The result was an immersive, beguiling video that perfectly complemented the show. 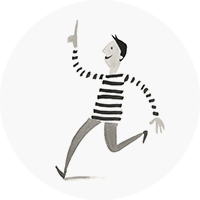 Ragnarok, The Doom of the Gods trailer

A powerful and intense video, reflecting the play

A sparkly trailer for this large-scale show